On October 14th, 2022, at the Tuscaloosa River Market, The University of Alabama School of Social Work had the privilege of participating in the inducting of three remarkable honorees into the Alabama Social Work Hall of Fame. The new inductees were Carolyn Lapsley, J. Wayne Sellers, and Dr. Rebecca O. Turner. The Alabama Social Work Hall of Fame honors some of the state’s most distinguished leaders in the field of social work, and the honorees from this year were no exception. From their many achievements to their impact on our community, state and legislature, these honorees are an inspiration to future and present social work professionals.
Dean of UA School of Social Work, Dr. Schnavia Hatcher, conducted a memorable induction ceremony. The ceremony began with congratulatory remarks by UA president Stuart Bell, who passionately thanked the group for their dedication. A moving invocation provoking self-reflection and a look inward followed him by Dr. Samory Pruitt, UA Vice President for Community Affairs. Each honoree gave an astoundingly moving speech on their life experiences with social work, conducting an audience of laughs and loving tears. The evening was brought to a close with exceptional celebratory remarks by Social Work Society President and Hall of Fame Chair Sharonda Pettaway.
During the event, each honoree was presented with a framed sketch of their portrait. The Social Work Society will engrave these sketches into plaques and place them with the previous year’s inductees in the Social Work Hall of Fame. 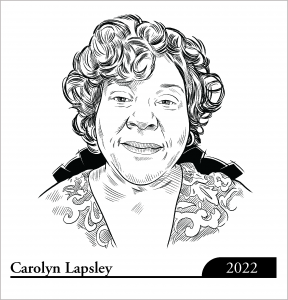 Ms. Carolyn B. Lapsley graduated from the University of Alabama with a BSSW in 1977 and an MSW in 1978. Within a social work career that spans over 37 years, she has exemplified immense passion and dedication to the welfare of those served by her department in the state of Alabama. Ms. Lapsley began her career as a social worker at the Jefferson County, Alabama, Department of Human Resources, where she served children, families, and the elderly. Onward, she served in many roles, including Director of the Child Support Program, Supervisor of the Adult Services Program, Director of the state’s “One Church One Child” Program, Coordinator for Neighborhood-based foster care, Program Manager in child welfare, and Special Assistant to then Commissioner of the Department of Human Resources. Her final position was Deputy Commissioner for Children and Family Services, from which she retired. In addition to excelling in her many social work roles, Ms. Lapsley achieved a vast number of accomplishments, including but not limited to being the 1st African American Deputy Commissioner in the history of the Department of Human Resources and designing and developing the first adoption training curriculum for county staff on recruitment and preparation for families with special needs children. 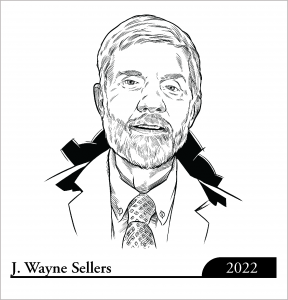 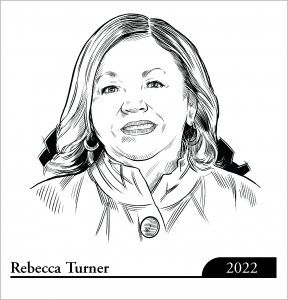 Dr. Rebecca O. Turner began her passage into social work in 1969 as a first-generation college student entering Jacksonville State University. She would continue to get a BSW from The University of Montevallo and then an MSW and DSW from the University of Alabama. A keen understanding of the importance of social work has afforded Dr. Turner a career encompassing more than 45 years. During this time, she has been able to perform in many roles, including but not limited to serving as a lifetime council member of the Council on Social Work Education, the Association of Baccalaureate Social Workers, the Commission on Educational Policy, and the CSWE National Site Visit and Accreditation teams. Over her career, she would transition from a role as a Social Worker at the Tallapoosa County Department of Pensions and Security to a University Vice President and Provost at Jacksonville State University. Dr. Turner has exemplified an expansive passion and dedication to social work throughout her career. Her many awards include the Leadership Development Award, Lifetime Achievement Award, and the Alabama-Mississippi Social Educator’s Social Work Educator of the Year Award. Some of her other accomplishments include helping create an accredited BSW and MSW program, among many others, at Jacksonville State University and becoming the first female vice president at JSU.