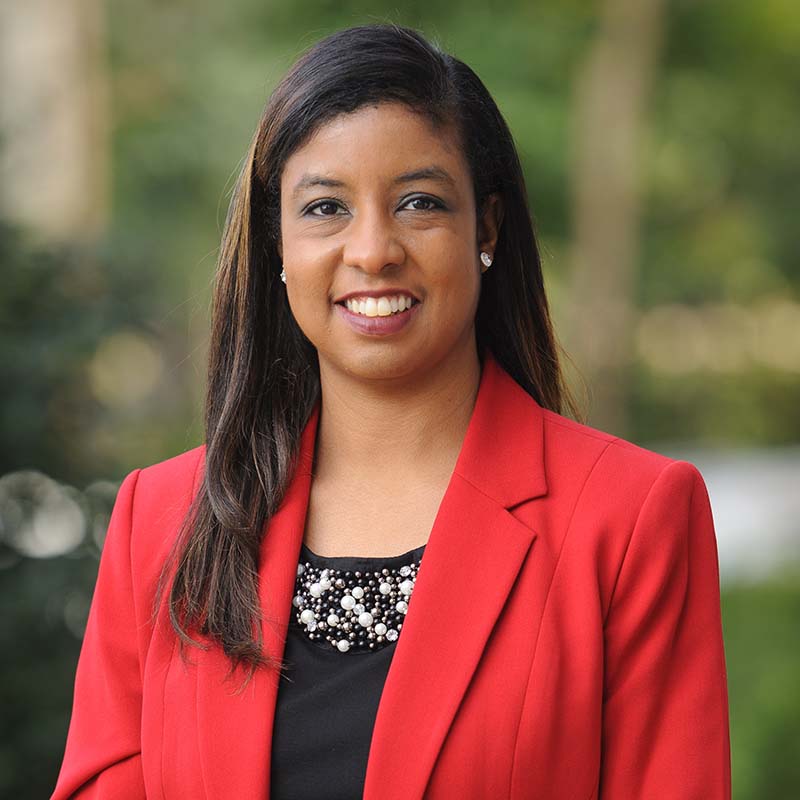 Shayla Smith is the BSW Field Coordinator at the University of Alabama, School of Social Work and has served in this position for 6 years.  In support of undergraduate students, she facilitates field experiences from preparation, placement matching, liaisoning, seminar instruction, and addressing challenges in field.  Ms. Smith demonstrates a clear commitment to promoting diversity, equity, and inclusion of students, faculty, and staff from differing background in every capacity of service.

She assisted with student-led forums to address social injustices such as the Unity Wall, reflection circles, and a police panel/engagement to raise cultural awareness and strengthen inclusivity. As a member of the field team, she developed efforts to address the underlying issues contributing to racial disparities in field staffings including strengthening field instructors’ ability to supervise with cultural intelligence.

Through collaborations with the Local Voice Network, she co-facilitated reflection circles which, allowed students to hold intricate conversations to process their own feelings about issues surrounding diversity and building empathy for others with differing perspectives.  She co-led and provided strategic direction for the diversity committee during three academic years.  Under her leadership, she continued the schools’ tradition of preserving African American heritage by hosting the Dr. Ethel Hall colloquium to bring awareness on social justice movements.  She initiated the vision for the year-long, Own Your Vote active-learner series, which was a platform highlighting issues surrounding voter suppression and disenfranchisement to help students and community members develop cultural sensitivity to barriers of the systematically vulnerable and oppressed.

She also played an integral role in leading a collective response to critical events such as promoting participation in the George Floyd community march against racial injustice and police brutality.  She orchestrated the school’s celebrations to honor the legacy of Dr. Martin Luther King Jr. including promoting participation in the community march, book drive and operationalizing the book buddies collaboration with the Martin L. King Jr. Elementary School.  Ms. Smith continues to advocate for the elimination of any form of discrimination as a member of the diversity committee.  She received both her bachelor’s and master’s degree from the University of Alabama and is pleased to contribute to her alma mater.

The University of Alabama School of Social Work is committed to making its web resources accessible to all users, and welcomes comments or suggestions on access improvements. If you are unable to access the contents of these documents, please contact (205) 348-7027 or ssw@ua.edu.