Working to Change Tuscaloosa’s West Side 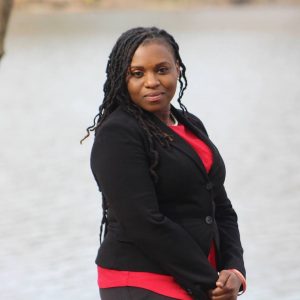 Alumna Raevan Howard is focused on changing Tuscaloosa for the better after being elected to the City Council in March.

Howard, 30, said she had immediate plans to begin working within the district to form committees in order to maintain lines of communication with City Hall.

“I am so ready to work with the constituents of District 2, but especially the residents of west Tuscaloosa who have been overlooked for so many years,” Howard said. “This is not just a victory for me, but a victory for everyone.”

Howard follows her father, Bobby Howard, who served as councilman for District 1 from 2005-2013. She said she hoped her supporters would stay in touch with her as she prepares to take office.

Inauguration is set for May 22.

“I want to work with each individual neighborhood on the needs they have,” she said, adding she intends to take swift action toward changing “the infrastructure and economic development on the western side of District 2.”

Taylor, 69, has served six consecutive terms on the City Council until his defeat in the first time he’d been challenged since 2005.

A former Tuscaloosa City Council member’s daughter has announced her bid for the council’s District 2 seat.

Raevan Howard is running for the seat occupied by six-term City Council President Harrison Taylor. He has represented District 2 for almost 24 years and was re-elected without opposition in 2013.

Taylor already has announced his intention to seek a seventh term in office.

“District 2 should share in the same economic growth as other districts in the city.”

Howard said her goal was not just to follow in the footsteps of her father, ex-Councilman Bobby Howard, who was defeated in a runoff for the District 1 seat four years ago after serving two terms on the City Council.

She said her first foray into the world of politics is part of reaching her own goals of leadership.

“I’ve always been interested in politics and I’ve tried to do my best in the community to be a valuable asset to my community,” she said.

Now a social worker, Howard graduated in 2014 with a bachelor’s degree in that field from the University of Alabama.

As evidence of her leadership aspirations, the Tuscaloosa native pointed to her organization of a protest regarding one potential location of her alma mater, Central High School, when she was in 10th grade there.

Howard also said her parents instilled in her and her siblings “to be involved in the community, especially whether there were things that bothered or concerned us.

Howard said that, if elected, her primary focus would be on improving the infrastructure of District 2 in order to promote economic growth and development.

The mother of three said she would approach fulfilling that challenge just like any other challenge she has faced in life: with determination and a systematic approach to problem-solving.

“I’m willing to work with residents in that community to find ways to accomplish that goal,” she said. “We have the money, with the right leadership, to make our district look more attractive to investors.

“When elected, I will advocate the concerns of the residents in District 2 by staying connected to the pulse of the community.”

The Tuscaloosa municipal election is set for March 7.

Last year, it was moved by the Alabama Legislature from the fourth Tuesday in August at the request of the Tuscaloosa City Council, which was seeking to head off future election challenges based on residency

During both the 2013 and 1997 municipal elections, the residency of some University of Alabama students who cast ballots was called into question.

Now, voters would have until early February to take up residency in Tuscaloosa and meet the 30-day requirement in order to vote.