Additionally, we’ve uploaded three awesome profile picture frames on Facebook. Visit our Facebook page and/or search for the “University of Alabama,” “School of Social Work,” and “Commencement 2020.” Tag us w/ #UASocialWorkGrad when you upload your frame to social media, and when you share commencement photos during commencement week.

Each semester, we highlight a handful of inspiring graduates who have navigated interesting paths to earning their degrees. From overcoming adversity to finding their passion through research and field placements, these stories are a just a snapshot of our amazing students and the remarkable work they do.

Congrats to these special Spring 2020 graduates: 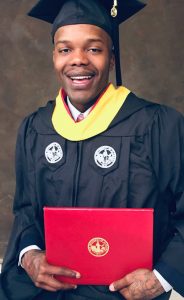 Devon Kelly carries his neighborhood wherever he goes.

A Chicago native and son to a single mother, Kelly watched many of his childhood friends wind up in prison or perish to violence. As a youth, he too was “caught up” in the trappings of his neighborhood, resulting in several “run-ins with the law.”

Rather than succumb to peer influences or rely on escapism to cope, Kelly would learn a straighter, more meaningful path to a safer, more prosperous future: education.

Kelly’s depth and candor when discussing his childhood quickly pivots to Dr. Perry L. Benson, who mentored both Kelly and his brother when they were children. Benson, a prominent youth mentor and community advocate in both Chicago and Champaign, Illinois, became Kelly’s role model for academic achievement, which eventually led Kelly to pursue an MSW degree at The University of Alabama’s School of Social Work.

Kelly will earn his MSW in May and plans to go into practice, but, ultimately, he hopes to use the same education-based approach to influence youth in Chicago. 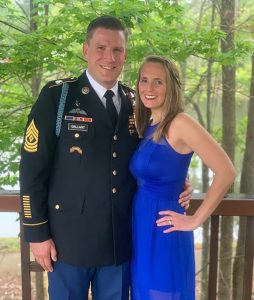 As Army Master Sergeant William “Bill” Gallant was nearing completion of his undergraduate degree in criminal justice, the Army required he take an academic aptitude test to determine his best fit for graduate school.

The results weren’t what he expected.

“The number one hit for me was social work,” Gallant said. “When I saw that, I thought, ‘there’s no way I’m going to be the guy that takes children away from their families.’”

A longtime infantryman, Gallant has served nine deployments in both Iraq and Afghanistan. And while he was unsure of a career in social work, he was keen for a new academic direction after concluding that a future in working in criminal justice was, for him, “the wrong side of the spectrum.”

“It just seemed like planning and conducting law enforcement doesn’t address the social issues that lead to crime,” Gallant said.

Then, Gallant read, “Days in the Lives of Social Workers,” a deep dive into the careers of social workers in more than 50 different work settings. The book, considered an essential read for those considering majoring in social work, broadened Gallant’s perspective of the profession, and its many career paths. 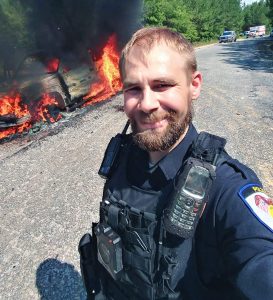 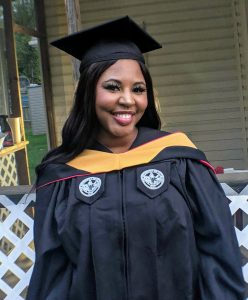 For a brief period during sixth grade and during two years of high school, Rebekah Koen and her family navigated the challenges of homelessness in Central Alabama. Housing services were an option, but meeting qualifications wasn’t always guaranteed, though an indefinite wait, usually was.

Homelessness was stressful, but also revealing of a social work system that Koen had only thought of through a narrowed scope, particularly when the Koen family finally found relief. Koen’s mother, Crystal, was a military veteran and was eligible for housing assistance through the Rapid Rehousing Program, a federal program aimed expediting the lengthy process of moving families into permanent housing. Rebekah said a social worker in Birmingham helped connect the Koen family to this program.

But Rebekah learned that her stretches of homelessness could have been avoided if they’d known sooner from previous social workers of their eligibility for the Rapid Rehousing Program.

“That’s when I started to learn social work was more than DHR, and just how pivotal of a role social workers have in helping people,” Rebekah said. “And to know there were preventive measures like [the Rapid Relief Program] got me into the field.”

Allie Neyman was ready to pack her bags and move back home. 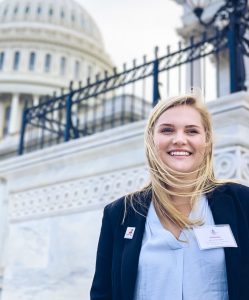 The Gulf Breeze, Florida native was “lost” during her freshman year at the University of Alabama. Her major, civil engineering, was a passion-driven decision, but she was passionless once she got to campus. Neyman had many aspirations before enrolling, including attending law school, but she saw being a woman in STEM as her “contribution to the world.”

“My grades were slipping,” Neyman said, “and it caused me to struggle in every aspect of college life.”

Her first social work class at UA would be the salvation for her college career and a recalibration for her professional future.

Neyman said Watkins started the semester with a proposition: non-social work majors would “fall in love with social work” and change their major by the end of the semester, and, if not, Watkins would give them an “A.”

Of course, Watkins was joking, but it didn’t take long for Watkins’ passion for the field and rich anecdotes from his work experiences to influence Neyman. By the end of the semester, Neyman had changed her major and, ultimately, “the entire course of my life.”

“I found a community in the School of Social Work that lifted me up and challenged me like never before,” Neyman said. 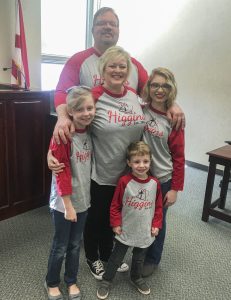 Two years would pass before Melody Higgins knew her daughter had been a victim of human sex trafficking.

The abuse was familial prior to Higgins and her husband, David Higgins, fostering and later adopting the girl, Melody said. Her daughter had disclosed the abuse to a Christian counselor at their church.

It was a crushing revelation to the Higgins family, who’ve fostered and adopted children in Alabama for more than 11 years.

Learning of this abuse, unfortunately, would unearth warning signs she’d missed previously while fostering another girl.

Nine years ago, the Higgins family fostered a girl who, along with her son, were in custody of the Department of Human Resources. The girl would eventually leave the Higgins’ home, and though the girl never talked about her abuse, Higgins later connected the dots and felt “a lot of guilt.”

“That particular young lady, I was very much emotionally attached to her when she left our home,” Melody said. “We didn’t speak for a long time – there was a lot of resentment from her towards us. And I still wonder, even though I do have a relationship with her today, could I have helped her sooner? Could I have said something different that may have helped her get out of that situation earlier?

Melody has since channeled her guilt into a desire to educate other foster parents about human trafficking – how to notice signs of a child that is being trafficked or has been trafficked, and how to report abuse.