About the Youth Services Institute 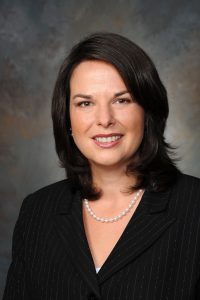 Jill Beck is the Director of Youth Services Institute at The University of Alabama School of Social Work. She oversees the operation of the Working on Womanhood Program (WOW), an inpatient, trauma-focused juvenile justice facility for girls, as well as an outpatient, therapeutic program in 19 counties across Alabama for children with sexual behavior problems or who have been charged with juvenile sex offenses.

In 2016 under Beck’s leadership, the Youth Services Institute was awarded a Department of Justice Grant through the Office of Juvenile Justice and Delinquency Prevention for its Multidisciplinary Abuse Prevention Service Program. The program provides trauma-informed treatment to children with sexual behavior problems, their families and victims.

Beck is a former Tuscaloosa County Deputy District Attorney, who specialized in the prosecution of domestic violence, child abuse and sexual assault in adult and juvenile courts.

Dr. Raymond O. Sumrall, whose work and contributions to the Alabama juvenile justice system date back to 1967, is founder of the Youth Services Institute (YSI) in the UA School of Social Work. Dr. Sumrall’s relationship with the Alabama Department of Youth Services (DYS) began in the early 1990s, when he served as a consultant for DYS in the development of training materials, policy and procedures, and programming for contract community providers. Throughout his career, Dr. Sumrall worked diligently to establish several programs and collaborative partnerships that were beneficial to treatment for troubled adolescents.

First was the establishment of YSI within the University of Alabama (UA), School of Social Work. Having been with UA since 1970, Dr. Sumrall was extremely knowledgeable of the benefits of a university-based program. YSI not only created job and field placement opportunities for the social work students, but it also formed a unique partnership between the juvenile justice system and UA. UA’s history of research and vast array of resources enabled DYS to establish contacts in juvenile justice arena. Under the auspices of UA and DYS, YSI assists DYS in the following areas:

Through the years, YSI’s partnership with DYS has led to the creation of several programs with a focus on services for youth in the juvenile justice system. Here is a brief history of those programs:

The rare partnership between UA and Auburn later helped to establish the Youth Management Consortium (YMC), which is an alliance between DYS, YSI, and Auburn University. The consortium provided oversight of ABSOP, created opportunities for field experience and professional training for individuals and practitioners interested in juvenile sex offender treatment.

In 2011, Alabama tornadoes impacted the DYS Chalkville Campus and resulted in the untimely closure of the residential facility. Thus, the CAC is no longer in operation. It’s primary purpose of comprehensive assessments has been incorporated into other program concepts.

In 2004, the Children/Youth Treatment Program (CYTP) was started by YSI. The program expanded the treatment services of the AC and provided services to sexually reactive youth whose behavior warrant treatment but their age limited court involvement. Although no longer in operation, the concepts, goals and objectives of the AC program and CYTP were incorporated into the ABSOP: Continuum of Care (COC) program.

The ABSOP: Continuum of Care (COC) program was established in 2008 through funding support from the Alabama Department of Economic and Community Affairs LETS Division and DYS. The COC provides community-based alternative sentencing and aftercare services to juvenile sex offenders and sexually reactive youth whose behavior warrants treatment but their age limits court involvement.

After more than three years of planning and development, the Working On Womanhood program was added to the YSI family. By creating more than 50 job opportunities, numerous field education and internship placements for various departments, the WOW program is a collaborative effort between DYS, YSI, and several UA Departments and Colleges.

In 2008, Karan Singley, a retired Tuscaloosa County Juvenile Court referee, joined YSI. Singley’s experience and knowledge was extremely beneficial in the development of new programming and the expansion of existing programs. After 40 years of dedicated service and contributions to the social work profession and juvenile justice programming, Dr. Sumrall retired in 2010, leaving a legacy of quality services and unparalleled vision for effective treatment approaches.

Karan Singley transitioned into the position of YSI’s Director and served in this role until 2014. Singley’s commitment to cooperative partnerships, superior consultative services, and implementing mechanisms to ensure seamless treatment services enriched YSI’s reputation throughout the state. The leadership of Dr. Raymond Sumrall and Karan Singley solidified YSI’s standing as a primary resource for juvenile justice programming, research, and educational and professional training.