Milton: ‘I’m Better for it Now’

During May commencement, Jilisa Milton became the first graduate of The University of Alabama School of Social Work’s MSW-JD program.

Jilisa Milton had just completed her first summer of service with Americorps and was still searching for direction in her social work career. 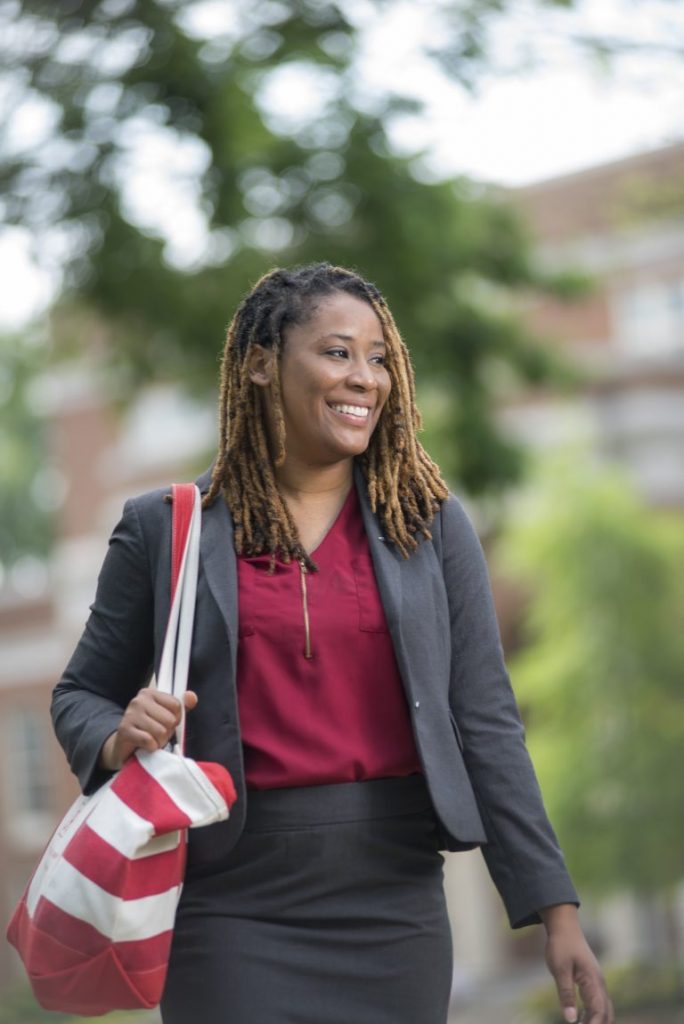 It was 2012, and Milton, a University of Alabama alumna, was doing service learning with immigrants in a farmworker community in central Florida. Americorps was flexible and allowed her to serve in a variety of ways, including tutoring at a nearby high school.

Not until the next summer would Milton connect all of her life experiences, channel them into a new focus and find her way back to UA.

Milton attended a conference in 2013 and watched a video speech by Michelle Alexander, a civil rights attorney who specializes in mass incarceration in the United States.

Alexander’s message resonated deeply with Milton, who went through foster care before being raised by her grandparents and moving to Birmingham at age 7. She graduated from Ramsay High School there.

“It brought a lot of things full circle for me – how I ended up in foster care, the war on drugs, and how mass incarceration affects other things in my family’s life,” Milton said. “I remember seeing that video and thinking, ‘I want to be like [Alexander].’ So I started to research that particular sector of law.”

When Milton returned for her second year of Americorps, she convinced her supervisor to allow her to work as a domestic violence court advocate. Milton’s undergraduate social work degree from UA bolstered her credentials for the role and for her law school applications that she would begin submitting.

Milton would eventually choose the UA School of Law over Howard University and would enroll in the MSW-JD program after fulfilling a Fulbright Award and teaching English in Indonesia.

“What made it hard for me was I knew Howard had a lot of social justice components, but I knew so much about being here at UA, how much it will cost to live and the community I had created,” Milton said. “And the (UA) law school worked with me in a really intentional way, so that’s when I decided to come back home.”

During UA commencement exercises held May 4-5, Milton became the first student to earn a MSW-JD degree at UA, culminating four years of preparation for the growing need for trauma-informed lawyers. In that span, Milton has also interned and worked with the Adelante Alabama Worker’s Center and the Equal Justice Initiative. She also joined the law school’s domestic violence clinic. Through these experiences, Milton said it was normal to encounter situations where her trauma-informed background was needed to mitigate situations of sexual assault or abuse victims. As such, she was continually motivated to continue the dual-track degree.

Learn more about Milton’s journey to graduation in UA News.