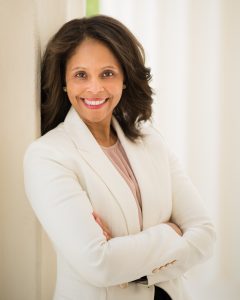 In March, alumna Melanie R. Bridgeforth began in her new position as president and chief executive officer of The Women’s Fund of Greater Birmingham.

“The work of The Women’s Fund is essential to helping vulnerable families in Greater Birmingham and beyond secure a brighter economic future,” Bridgeforth said. “I am honored to be asked to lead a mission focused so squarely on creating change that multiplies and an organization that uniquely combines philanthropy, advocacy and research.

Since 1996, The Women’s Fund has worked to encourage the full participation of women and girls in the community. The organization’s mission is to create change for women and their children through advocacy, collaboration, and philanthropy. The Women’s Fund serves and provides funding  the following five counties: Blount, Walker, St. Clair, Jefferson and Shelby counties.

Bridgeforth previously served as executive director of VOICES for Alabama’s Children. She led a transformation of the organization’s public policy platform while strengthening the nonprofits’ overall reach, visibility, and impact. She helped increase sustained funding by doubling the operating budget during her tenure and was instrumental in attracting support for Alabama initiatives from regional and national funders.

“I am grateful that my work there has prepared me so well to build on the great work already being done at The Women’s Fund,” she said.

Bridgeforth is a captivating leader, said Leslie Carlisle, chairwoman of The Women’s Fund board of directors.

“From our very first meeting with her, we were excited by her vision, her energy and her record on behalf of populations we care deeply about,” she said.

A fifth-generation Alabamian, Bridgeforth holds a a bachelor’s degree in psychology and master’s degree in social work  from The University of Alabama.

This report was compiled from an AL.com article.