The former director of the Department of Youth Services and one of the leaders of Alabama’s trailblazing Children’s Health Insurance Program are among the 2016 inductees to the Alabama Social Work Hall of Fame.

James Dupree Jr., who retired in 1998 as executive director of Alabama Department of Youth Services; Gayle Lees Sandlin, former director of social work for the Alabama Department of Public Health; and the late Charlotte Smitherman Hamner, program supervisor for Social Work in Psychiatry at the Veterans Affairs Medical Center in Tuscaloosa, will be honored during a luncheon Oct. 14 at the Embassy Suites hotel in Tuscaloosa.

Founded by the Social Work Society at The University of Alabama School of Social Work, the Alabama Social Work Hall of Fame honors the accomplishments of some of the state’s most distinguished leaders in the field of social work. 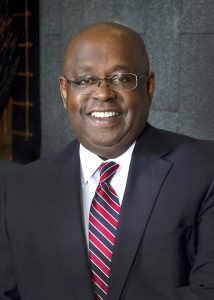 Dupree, a native of Birmingham, spent more than 25 years in juvenile justice and retired in 1998 as the executive director of the Alabama Department of Youth Services.

He’s taught at Miles College, Troy State University, Alabama State University and the University Of Alabama Graduate School Of Social Work. Since his retirement, he’s worked as a contract lobbyist for the Bloom Group Inc., based in Montgomery.

He continues to serve on a number of boards and committees, including the River Region Red Cross and the Alabama Youth Services.

“Forty years ago, people saw social workers as just caring individuals, but not always being strategic in getting things done for groups of people,” Dupree, said. “There’s probably a more strategic presence and greater awareness in policy making in the role they play. That’s really important.”

He resides in Montgomery. 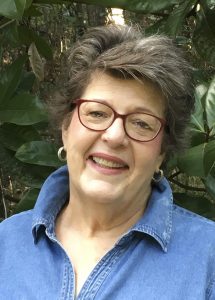 Sandlin, of Wetumpka, began her professional career at the Department of Pensions and Securities in her hometown of Mobile and then with the state office in Montgomery where she managed Title XX grants from the Social Security Act.

She said that experience helped identify her strength and future practice in social service administration.

Sandlin soon returned to graduate school and “regrounded herself” in social work principles, eventually providing a base for a 38-year career in various administrative positions in public and private agencies.

As the second director of social work for the Alabama Department of Public Health, she led the expansion of an extensive network of licensed social workers and supervisors in the state, regional and county health departments.

Sandlin co-chaired a task force responsible for the creation of Alabama’s Children’s Health Insurance Program (CHIP – ALLKids). Alabama became the first state in the country to have their CHIP plan approved by the federal government. She later served as director of the program for 10 years.

“Talking nationally, I would say it’s the first thing Alabama did right … most of Alabama’s social program reforms have come through court orders,” Sandlin said. “But this was an opportunity given to the state health department to have a major impact on the health of children in the state by getting them access to good health care.

“We had many organizations which came together to make it happen: health provider associations, state agencies, advocacy groups and concerned citizens to name a few – if you can think of any group that had an interest in the health of children, they came to the table and participated in designing and implementing this groundbreaking expansion in children’s health care in Alabama.” 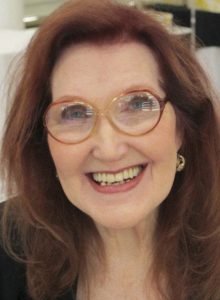 A lifelong resident of Tuscaloosa, Hamner, who passed away in February, worked nearly 50 years in psychiatric social work at both the state and federal level.

Hamner earned both her undergraduate and graduate degrees in social work at The University of Alabama and was a member of the School of Social Work’s first MSW graduating class in 1969.

She served in this position with great dedication until her death in February of 2016.